Can I Install Snow Guards Just Over Doorways? 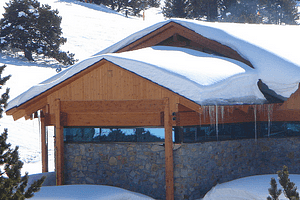 Snow guards are primarily used in areas of high foot traffic but they're also used to protect any property from sliding snow and ice avalanches from roofs.

At Rocky Mountain Snow Guards, we have been working over the years to meet all of our customers’ snow guard and snow fence needs. As people browse through our growing inventory, questions inevitably come up, and one of the most frequent questions has been about positioning snow guards, namely “Can I install snow guards just over doorways?” Sometimes the question is dictated by a desire to save some funds. Sometimes it is mere curiosity. Importantly, the question is occasionally asked to confirm an opinion at which a customer had arrived by themselves. Whatever the case may be, this matter should be cleared up quickly.

The simple answer with a twist

The short and simple answer to the “Can I install snow guards just over doorways?” questions is that you can, but why would you? Snow guards are meant to protect against the accumulation of snow on your roof surface, over doorways or elsewhere. The big question is – why would you want to install snow guards only over the doorways? Do not people walk by the side of the building? Wouldn’t you want to add an extra layer of protection by installing this equipment in all areas that are prone to accumulate snow? Installing snow guards in some areas only is akin to having only some of a building’s floors equipped with firefighting equipment.

You can install snow guards just over doorways – however, it is important to understand that this equipment has a much wider scope of use. While their primary use is in areas of high foot traffic, they can also be used to protect any property that you would rather not subject to the falling of large quantities of snow and ice.  Examples would include hot tubs, decks, landscaping projects, cars, trees, tree houses and so on and so forth. Basically, anything that is of either financial or sentimental value should be protected against hazardous conditions – this is where snow guards come handy for a lot of our customers.

Importantly, installing only a handful of snow guards in just one part of your roof can be both ineffective against snow accumulation and cascading, and even dangerous. Our snow guard specialists would be happy to talk with you about your individual case, but the fact is that snow guards installed only in a particular area of your roof, such as over the doorway, are likely to be damaged or even torn out of the roof due to extreme pressure put on them. Installing them in such a fashion easily defeats the purpose – unless you consult with our snow guard specialists beforehand for an in-depth analysis of the roof in question.

Think about the Why

When you are facing the “Can I install snow guards just over doorways” question, think about the why. Snow guards are important pieces of equipment that make your home safer and protect people and property against snow and ice damage. As all equipment, it should be installed and used appropriately – which is why we invite you to ask questions to our snow guard specialists at Rocky Mountain Snow Guards. We take pride in serving customers like you. 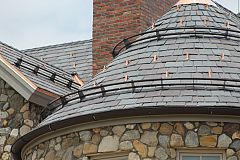 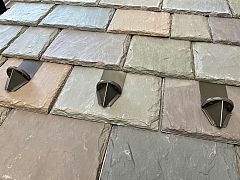 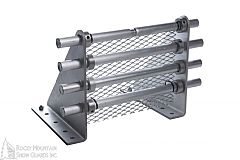 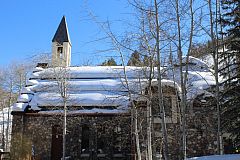 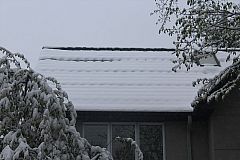